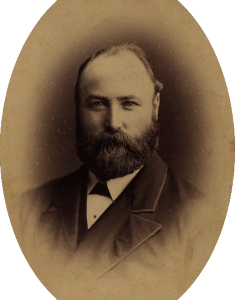 Jesse Ellis of Maidstone, was the son of George Ellis. Jesse was born at Cranbrook on April 14th 1846 and educated at local schools. He worked for his father in the baltic saw mill at Maidstone and at eighteen went on to work at Thomas Aveling’s works in Rochester.

Jesse Ellis was born to become perhaps the real founder of the commercial road vehicle. At the age of twenty he married Mary, daughter of John Mosely of Yalding and they had eight children, Edith, Minnie, Jesse Junior, Arthur, Mabel, Daisy, May and Douglas. By the age of twenty one he had his own business.

He had been associated with traction engines all his life, the last five years of which he was a manufacturer of steam motor Wagons. He personally introduced the steam motor wagon into Egypt in 1902, on which occasion he was received and complimented by the Sirdar, Sir Reginald Wingate.

Jesse was the managing director of Jesse Ellis and Company Ltd, contractors, engine owners and steam motor manufacturers at Invicta Works Maidstone. He was also an associate member of the Institution of Mechanical Engineers and it was he who carried out the contract for re-making the Thames Embankment roadway in 1895. 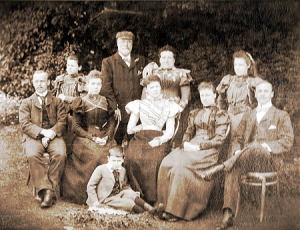 Jesse started by carrying out road haulage using traction engines with trailers, based at 23 Union Street Maidstone. He then branched out into road maintenance all around Kent, especially in the Tonbridge and Maidstone area. When the business expanded he moved to Invicta Works & Sufferance Wharf in St. Peters Street Maidstone. Being by the river was a big advantage. He had the SE & C Railway siding put into his works and a steam crane for the movement of road materials, as he also had his own Ragstone Quarry at Boughton Monchelsea.

Jesse Ellis started to build steam wagons in the year 1897, (altogether 46 were built). The first being the Buck Wagon, looking not unlike the Boer ox-wagon. He used many different designs of frames and boilers, some watertube, some fire tube and ones with curved tubes (which was to stop the ends leaking with the expansion of the firebox). Wagons were then made with double frames to add strength and rigidity. His wagons were sold all over the UK and also shipped to India, Australia, New Zealand, South Africa and Egypt. The upright boilers were good for short journeys, but did not make good steam pressure, so Jesse decided to go with the locomotive type boiler in the end, which ran at a higher working pressure making it better for longer journeys and steep hills. The steam chest was located beneath the frame direct to the gears on the rear axle.

Unfortunately, Jesse vastly underestimated the cost of developing and marketing a successful vehicle. Though his basic business was sound in its field, it was not in the same class as Foden who were already makers of high class traction engines or Sentinel, a prominent name in the making of large valves and small ships. The steam Wagons came later. 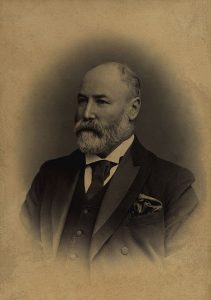 When Kent County Council took the decision to manage directly the 100 miles of its roads previously maintained under contract by Ellis & Co, it dealt the firm a dreadful blow. The part of the business that was funding the cash to experiment with steam wagons, was suddenly lost. Unfortunately, the company at Invicta Works went into receivership.

Jesse was a likeable and jolly man, a fine upstanding gentleman and held in high esteem by all who knew him. He was a founder member of the Automobile Club and Quarter Master Sergeant of the West Kent Yeomanry Cavalry for twenty five years. A Freemason and founder member of Robinson Lodge No 2046, Robinson Mark Lodge No 255 and member of the Montreal Royal Arch Chapter No 2046. For services rendered in connection with the holding of the Bath & West of England Show, he was banqueted by his fellow townsman and presented with a handsome silver salver and epergne, suitably engraved together with an illuminated address.

Sadly, Jesse Ellis passed away in the year 1916.

So the Ellis name continues on.